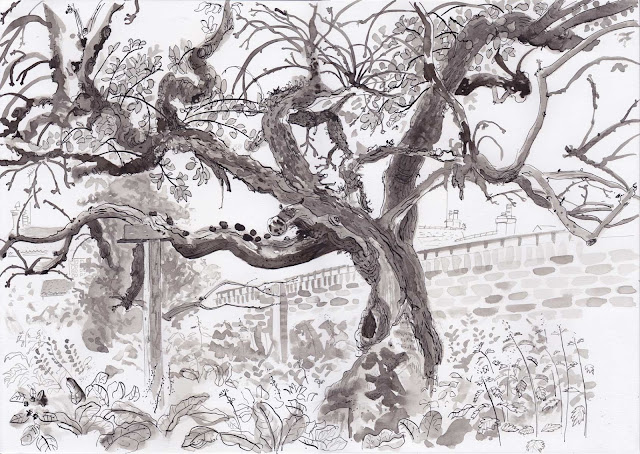 The original Bramley apple tree lives in the garden of a terraced cottage in Southwell, Nottinghamshire. It was grown from a pip by a young Mary Ann Brailsford in the early 1800's. Several decades later a local nurseryman, Henry Merryweather, recognised it as an excellent variety and asked permission from the then owner, Mr Bramley, to take cuttings. Mr Bramley agreed to this, if it took his name. It is known world over as a superb cooking apple.

At over 200 years old it is well into its final years; alongside old age now also suffering from honey fungus. Back in the 1900's it fell over in a storm, but became a Phoenix tree, new roots growing where it touched the ground.

Today the tree is carefully tended by Nottingham Trent University, who aim to preserve it for as long as possible, and protect its heritage for future generations. Genome sequencing has given insights into the variations, adaptations and behaviours of the Bramley, and through modern biotechnology a number of cloned trees now thrive.

Here's a little film I've made, inspired by this humble charmer.