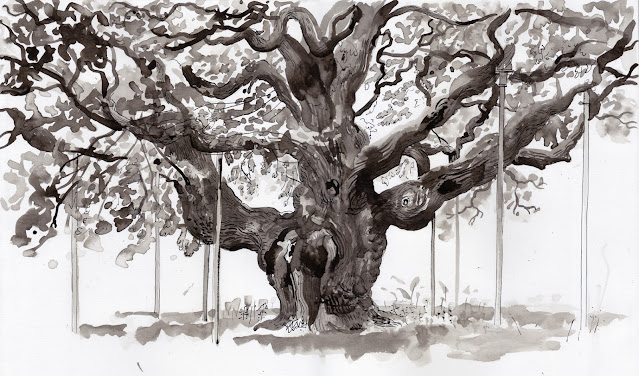 The biggest oak tree in Britain, and one of the best known; legend has it that Robin Hood and his merry men used it as their hideaway. I remember excitedly visiting as a kid; the 1980’s BBC series ‘Robin of Sherwood’ was a big deal in our house. Here's a bit if you don't recall it:
It’s apt name is actually in honour of local historian Major Hayman Rooke, who wrote about it in his 1790 book of oaks. Fame followed publication, and the vast hollow Quercus robur soon became a popular tourist destination. Those that could afford to, rode there in style on a horse and carriage. Visitors would clamber inside for a photo opportunity, until it was noticed that soil trampling was causing the tree to suffer. The enterprising Mrs Robinson kept visitors refreshed with a selection of homemade drinks, wheeled in and served from her pram.

Today, you’re funnelled through a Robin Hood themed funfair and visitor centre selling all sorts of oaky knick knacks before getting into the ancient woodland. The Major Oak is found at the centre of a large clearing, watched over by an audience of picnic benches and an artfully disguised ice cream kiosk. A lot of wasp action (running around, whimpering, arm flapping etc) was happening the sunny August afternoon I visited and drew this portrait. The Major Oak looks quite happy in its place, being the centre of attention with lots of entertainment to watch all day long.
I made this diorama to capture all the fun being had, regardless of wasps. 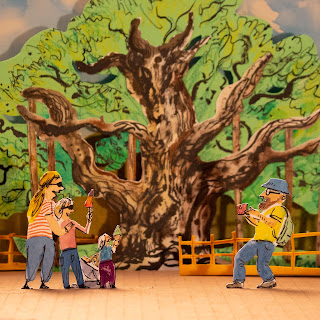 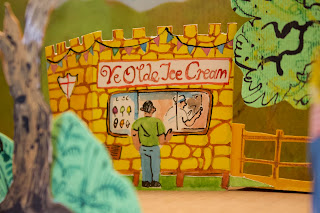 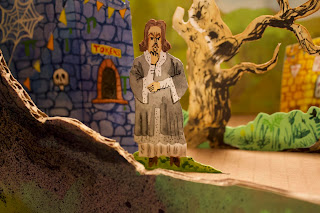 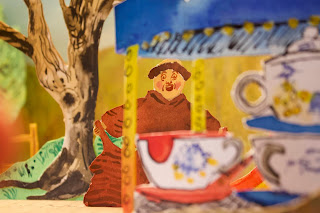